Spread the love
Joachim Gautier graduated from Normandy Business School in France with a Master’s degree in Cross-Cultural Marketing & Negotiation. His Master thesis was about public film financing in France, a “cultural exception” in the world. He had an exchange year in Amsterdam while earning his Bachelor’s degree. He had his first professional experience in the U.S. at the Cultural Services of the French Embassy, New York, in the film department. Before that, he worked in several audiovisual companies in Paris and Amsterdam, Pathé, TF1 and the National Center Cinema. He worked at Imovision, a film distributor in São Paulo, before attending AFI for producing, where he received his masters in 2017. Since then, he’s been producing shorts, commercials, and other projects.
Thank you so much for doing this with us! Before we dig in, our readers would love to “get to know you” a bit better. Can you share with us the backstory about what brought you to your specific career path?
I am originally from Paris, France. I was introduced to films early on, with my parents taking me to the movies on the weekends when I was a kid, and buying the classic DVDs when it came out. Watching the behind-the-scenes made me realize making films could be a career path. And producing, to be involved in all the steps of the way, from finding the script, creative team and financing, to shooting and then releasing the film, was something I saw myself I could do. I went to business school to learn the basics of producing, and interned at a different film company at the end of each year. Which lead me to my first working experience in the U.S., in New York, at the French Embassy’s cultural services. So when it came to pick a school to follow a producing degree, and get more on-set experience, Los Angeles was an obvious choice. I graduated from the American Film Institute in 2017, and have been producing many projects since! 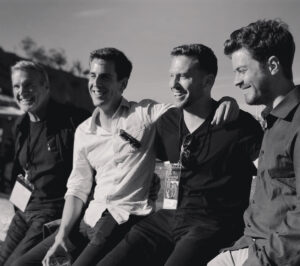 Can you share the most interesting story that happened to you since you started doing film production?
One of the projects I am the most proud of was a PSA I produced for a U.S. veteran non-profit organisation. I didn’t have the chance to serve, but I witnessed the growing homeless population in Los Angeles, and I learned later on that a significant part of its population were veterans. The PSA was meant to bring awareness on this topic that not many people know about, and how PTSD that many of them suffer from after going back home can lead them to the street. This was a very meaningful project to be part of, but also a very difficult one, as the non-profit organisation didn not have the biggest budget to make a PSA. But the team and I were highly inspired and motivated by the subject, so we rolled up our sleeves, and looked tirelessly for resources to make the PSA the most ambitious looking possible, in order to reach as many people as possible. To make films can be incredibly challenging, but when you meet the right people, and work on a subject that talks to everyone in the group, it can bring them together and make them accomplish results that surpass their expectations, and, hopefully, will teach and inspire their audience!
Are you working on any exciting new projects now? How do you think that will help people?
I am currently working on another very inspiring project, which subject not many people are very familiar with. It is a short film about a high school for students with special needs. We are shooting in a couple weeks. We did a fundraiser through crowdfunding, so we are not benefiting from the biggest budget either here. But we have a very solid team and script. The story is based on the writer/director’s experience as an aid at a similar school in Los Angeles. And we are aiming to reach out as many people as possible, to let them know about the toughness of what these kids go through, as well as the abnegation of the staff working at this type of school, which always lacks the resources. The idea is to turn this short into a limited series, as the director has many other anecdotes about his time in education. And the benefits would help develop an academy of this kind, for young adults to have a place to go when they need it the most. 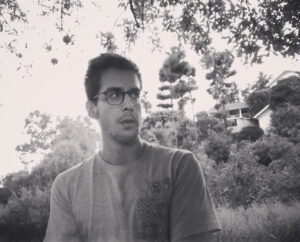 None of us are able to achieve success without some help along the way. Is there a particular person who you are grateful towards who helped get you to where you are? Can you share a story about that?
I am extremely grateful to both of my parents, who always supported me in my goal to work in film. They both work in law, they could have pushed me to just choose the safer path and go to law school as well. Not only did they motivate me to pursue film, they also advise me to go to film school after graduating from business school. I would not be in Los Angeles and do what I am doing now without them!
From your experience, what are a few ideas that we can use to effectively offer support to others who want to work in the film industry?
The film industry, wherever you are, is a place where a lot of people want to work in but not a lot of people end up where they expected to be. You have to keep this in mind from the beginning. You have to be willing to start at the very bottom, to work as an assistant on set or at company for a while, before slowly making you way up. Which can also make working in film very difficult financially, as you are not very well paid from the beginning. It is also long hours, on set or at a talent agency, often over twelve hours a day, five to six days a week. But to work on a film can be so rewarding, to see the end result being enjoyed by an audience!
Can you please give us your favorite ”Life Lesson Quote”? Can you share how that was relevant to you in your life?
“Trust, but verify“. I learned this lesson the hard way one day on a project. It had a significant budget. But more money often means more problems to deal with. And we had many filming locations, with many different people to interact with. I was not very comfortable talking about money, I still am not. But I made the mistake of not double checking and putting on paper the price to rent a particular location that was pretty rare in the LA area. And when it came the moment to pay, I realized my mistake and felt absolutely awful. For the person in front of me, but also for my team who trusted me to do my job properly. We ended up paying him the right amount of money, and it did not affect the rest of the project. But I learned to always double check now, to make sure we are on the same page when it comes to price, and not have any bad surprises a the end! 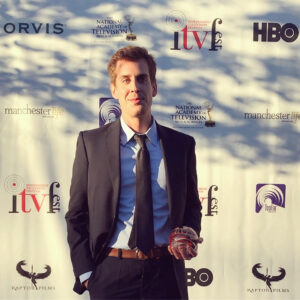 How can our readers follow you online?
You can follow me on my YouTube channel, where I post my reel and the trailer of projects I worked on as well as IMDb! © Benjo Arwas Studio – Fashion, Celebrity and Advertising

January 28, 2023 Bob Neshoff U.S. Attractions 0
Spread the love
Spread the loveBy Bob Nesoff Of the many firsts in American military history, the United States Army can claim to be in the forefront. The Army was the first military unit formed at the Revolution. […]

July 1, 2020 Joe Gruberman Online Entertainment 1
Spread the love
Spread the loveIn March of 2020, in response to the COVID-19 outbreak, the Phoenix Theatre Company went dark for the first time in its 100 year history. One of its last performances prior to this […]

November 1, 2020 Jillian Dale Events, Film, TV & Books 0
Spread the love
Spread the loveSYNOPSIS:  Two movie producers who owe money to the mob set up their aging movie star for an insurance scam to try and save themselves. But they wind up getting more than they ever […]